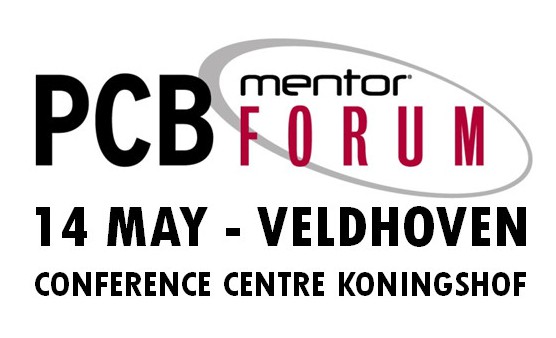 During a full day with presentations and demonstrations a lot of new functionality and features where shown on several products in this new Xpedition VX flow.

The schematic capture environment Xpedition xDX Designer has been enhanced with many usability improvements such as: smart tooltips with short video's, smart component and net selection and multi-net connection. But also the ability to store your favorite components in a special MyParts window will speed up the component placement of frequently used components. Furthermore for companies dealing with larger systems that include multiple boards interconnected by cables or backplanes, the new xSD Systems Designer has been presented and demonstrated. xSD Systems Designer will capture and manage a total system from the top down through the backplane and cables or harnesses to the xDxDesigner/Xpedition PCB board projects.

For complex PCB projects, a formal signoff process is crucial. HyperLynx DRC was shown allowing designers to run their boards through a series of design rule checks (DRC) making sure they can sign off their project before going into production and release.

Also the new functionality in Xpedition xPCB Layout has been covered such as: improved windows management, extensively customizable working environment, advanced grouping and clustering of components, net explorer, extended set of fanout patterns. A good example of the power of this new VX release is the sketch router, that enables PCB layouters to perform their routing in a very productive way resulting in high quality results in a much shorter time.

The day has been concluded with a presentation and demo how the Xpedition Lean NPI flow (New Product Introduction based on Valor technology) will help to avoid costly manufacturability issues which can be found much earlier in the design process.

Feel free to contact us if you need more information about the Xpedition PCB environment or orther products.